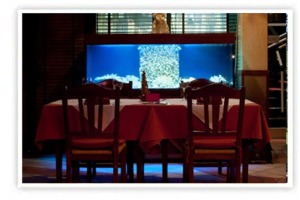 The various types of livestock that you occupy your aquarium with can come from an assortment of habitats from around the world such as oceans, lakes, ponds, or rivers. The majority of these various habitats posses vast surface areas and a powerful current that allows the the water to constantly be in motion. This constant motion and circulation allows oxygen to formulate within the water, which is vital to the health and livelihood of fish and other species. A major issue with home aquariums is that they do not contain the boundless amount of surface space or the tremendous amounts of circulation that your fish receive in their natural habitat. To compensate for the lack of oxygen in your aquarium, you must utilize devices and methods to create an artificial level of oxygen in your tank, in order for your fish to survive. This can be achieved through aeration. Aeration is the introduction of oxygen into your aquarium ecosystem.

There a multiple devices that you can utilize to properly aerate your aquarium and the Connecticut aquarium installation and maintenance professionals at Normal Aquatics have listed a few of them for you below.

This may be the most popular and affordable way to aerate your aquarium. Airstones and air pumps will create air bubbles within your tank. Many Connecticut aquarium owners are of the belief that it is the bubbles themselves that are adding additional oxygen to the tank. However, what is really creating the oxygen is the disruption to the water surface and circulation of the water that occurs. Airstones are also considered a great way to make your aquarium more attractive.

Power heads are an effective aerating too for your aquarium. Power heads generate water circulation within your aquarium, which will increase the quality of your water. Power heads will also induce better filtration by escorting water to sections of your tank that contain high levels of bacteria, such as live rock and corals. The water circulation produced by a power head is vital because it creates a level of balance for the water within your tank. Power heads most importantly improve the amount of dissolved oxygen in your aquarium, which will increase the overall health and well being of your fish.

By selecting an appropriate method of aeration for your aquarium, you will be creating a healthy habitat for your livestock, corals, and reefs. Providing adequate aeration will not only allow your tank to achieve optimum oxygen levels, but can also provide an aesthetically pleasing look to your aquarium. Besides adding an aeration device, you may also want to consider adding some live plants to your tank, which is a more natural way to aerate.